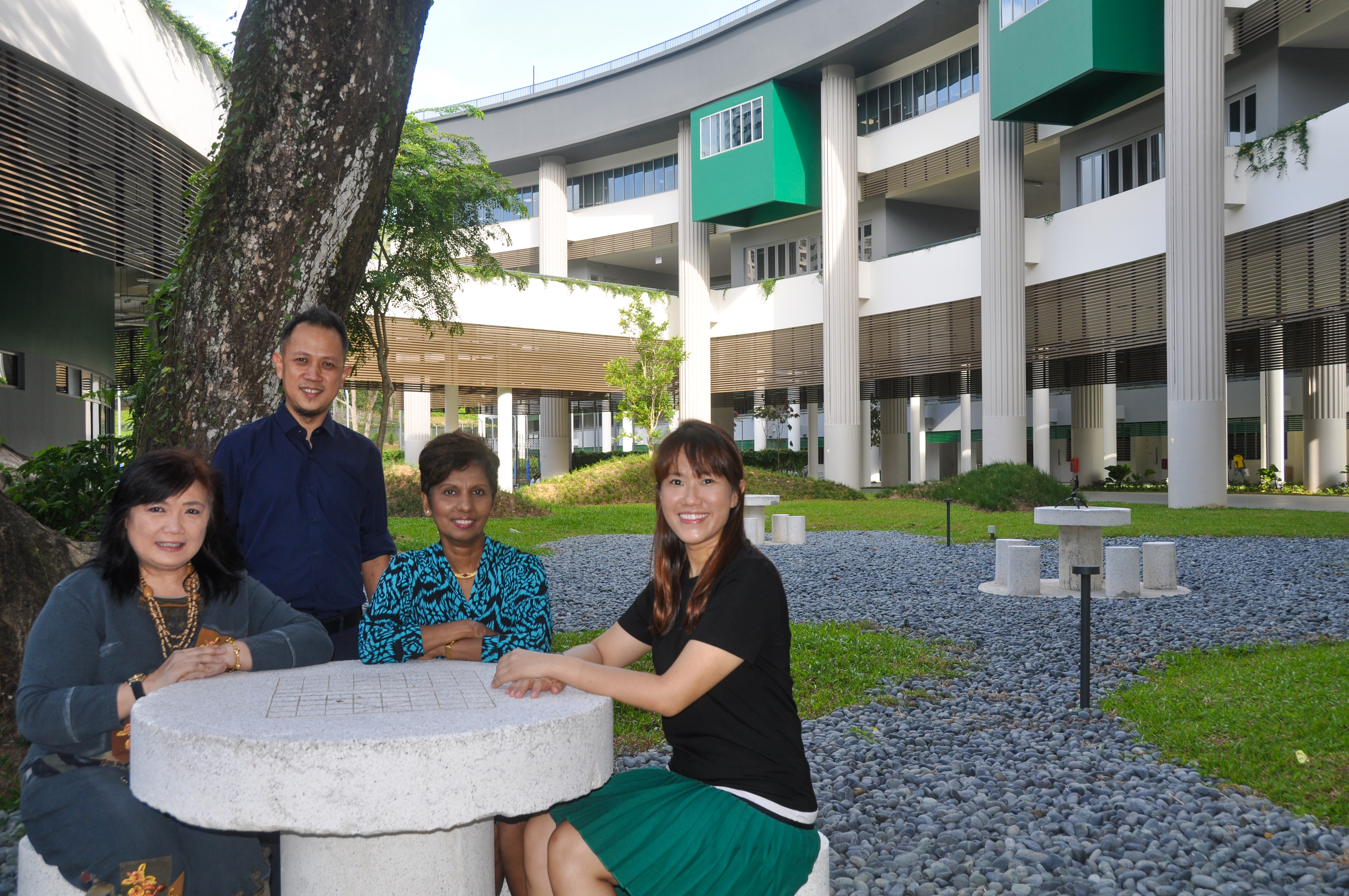 In this Age of Knowledge, the ability to innovate and create new knowledge is central to an organization’s competitive advantage. Every profession has an organized body of knowledge to service the needs of the profession: lawyers take reference from past cases and case law defines the legal profession; doctors take reference from known cases to help them arrive at diagnosis and prognosis, and make decisions about patient care.

Similarly, the teaching profession has its body of knowledge too; a corpus of knowledge that teachers take reference from so that they may navigate their way to productive work with students. Education is a field with a long tradition, and an even longer string of successes and failures. It has been and will always be buffeted by the winds of technological, socio-cultural or political change.

Hargreaves and Fullan (2012), in the book Professional Capital, articulated that the desired outcome of teachers’ professional development is to increase human capital (defined as having essential knowledge and skills).

However, they argued that it is not productive to focus only on the individual because groups, teams, and communities (forming social capital) are more powerful in developing talent. The authors also introduced decisional capital, which they define as the competence, judgement, insight, inspiration and capacity for improvization in striving for professional excellence. According to the authors, social capital plays an important role in forming decisional capital.

Using these three forms of capital, the authors proposed the notion of professional capital, which they defined as an interaction between, or a product of, human, social and decisional capital (Hargreaves & Fullan, 2012, p. 5):

They theorize that “professional capital must become a system quality and a system commitment if it is to develop schools further” (Hargreaves & Fullan, 2012, p. 5).

This case study adopts the secondary research approach that involves the usage of existing data. The team collates, summarizes and synthesizes the secondary data gathered within the school. This included descriptive accounts from relevant staff which are then coded and analysed within a matrix table.

Professional capital can be developed in the school context, through the lens of the KM framework. The creation and use of knowledge, through the KM processes, is integral in growing and maintaining the interactions between the 3 capitals to form Professional Capital (see Figure 1 below). 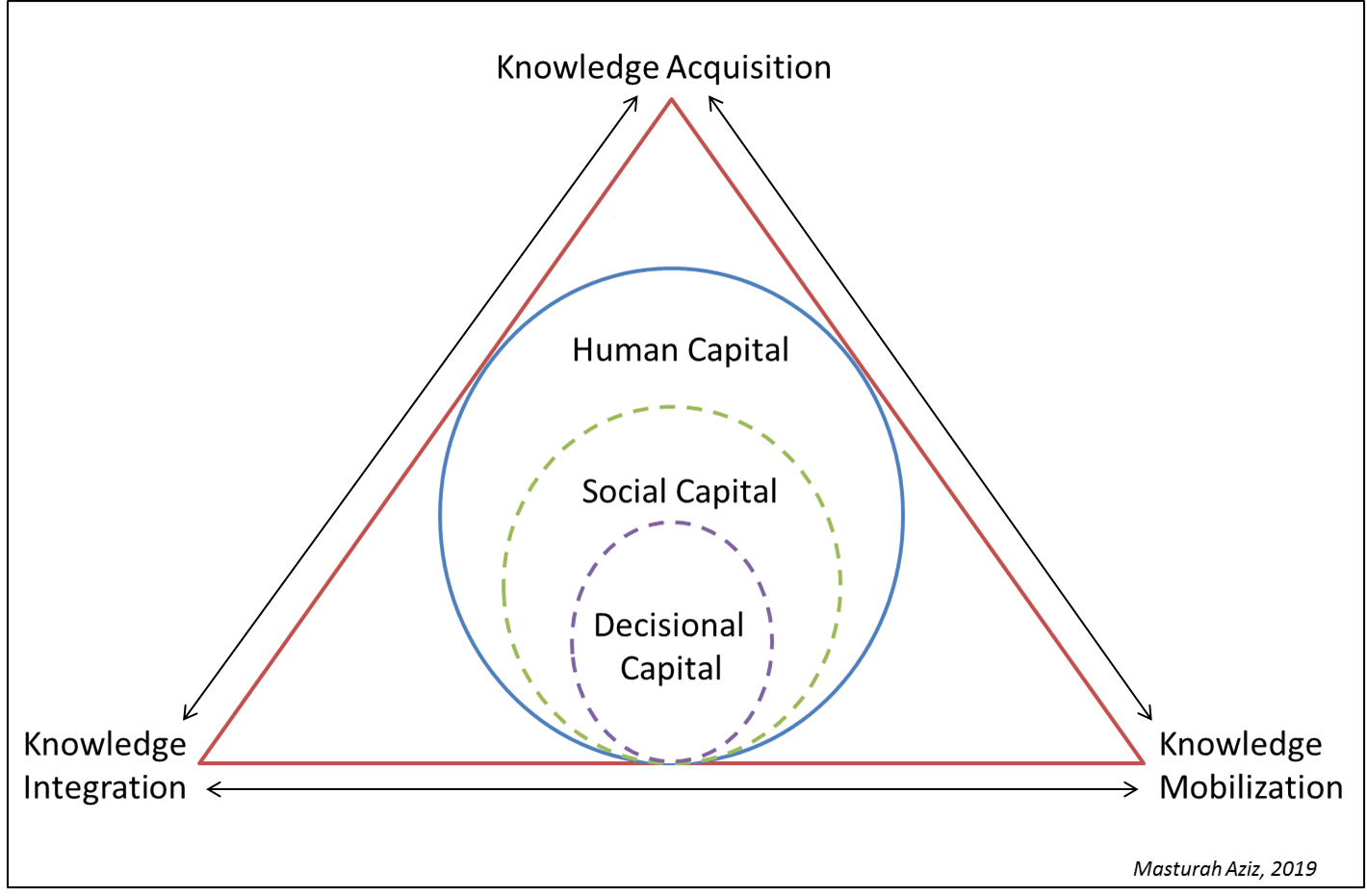 Figure 1 is an articulation of a school’s ecosystem for developing professional capital (Hargreaves & Fullan, 2012). Recommendations include sharing the framework with key personnel in the school, with an emphasis on building social capital in the departments, such as through Professional Learning Communities and Collaborative Inquiry, as well as providing support for teachers interested to adopt the framework in relevant professional development contexts.

The secondary product is a proposed framework for developing teacher capacity using the principles of professional capital (Hargreaves & Fullan, 2012), and the processes of Knowledge Management (Imran, 2014; Capeda & Vera, 2007) (see Figure 2 below). 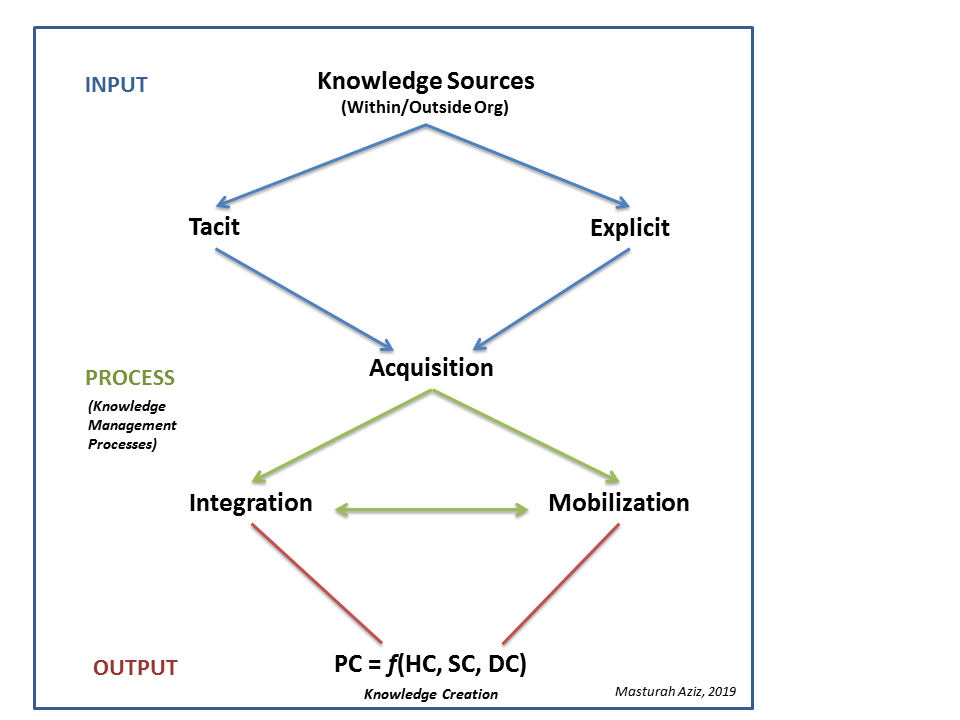 Being able to articulate this ecosystem – for example, making teachers’ expert but tacit knowledge explicit (Nonaka, Toyama, & Konno, 2000) – will allow for a common understanding and meta-language among teachers, as well as have implications on organizational sustainability through the creation and retention of knowledge (Ramadan, Dahiyat, Bontis, & Al-dalahmeh, 2017).

This framework can be applied practically in various professional development contexts in terms of articulating the types of knowledge teachers possess, the knowledge processes involved in their work, and how together, this knowledge base can be translated to build human, social and decisional capitals, culminating into professional capital growth in the school.

As 21st century schools, it is pertinent for schools to open a new window for thinking about 21st century teaching and learning. Schools would need to re-position itself as a knowledge-creating institution (Hargreaves, 1999) with a pivotal role in (i) developing professional capital which promotes teachers’ individual and collective capacities; (ii) shaping teachers’ beliefs towards a student-centred stance; and (iii) nurturing a culture of knowledge creation amongst staff in the school.

The authors would like to acknowledge the colleagues in the Centre for Pedagogical Research and Learning (RGS PeRL), in particular Head of Consultancy, Mrs Lucille Yap, Deputy Principal, Mrs Mary George Cheriyan and co-investigators of this study, Mrs Tan Kum Chee and Mr Azahar Noor for their contributions leading to the completion of this research project.

Masturah binte Abdul Aziz, Senior Research Executive, and Tan Yen Chuan, Specialist, are from Raffles Girls’ School Centre for Pedagogical Research and Learning (RGS PeRL). They are advisors to teachers doing practitioner inquiry and also conduct educational research for school improvement. Both have presented in local and overseas educational conferences. They are the investigators of this study “Developing a School’s Professional Capital through the Lens of Knowledge Management”.