With the prevalence of globalization, getting to know more than one language is common in many societies, but being equally proficient in both is not. NIE research scientist and Guest Editor of this issue Dr Sun He (Sabrina) elaborates on the importance of being a harmonious bilingual for students in the 21st century. 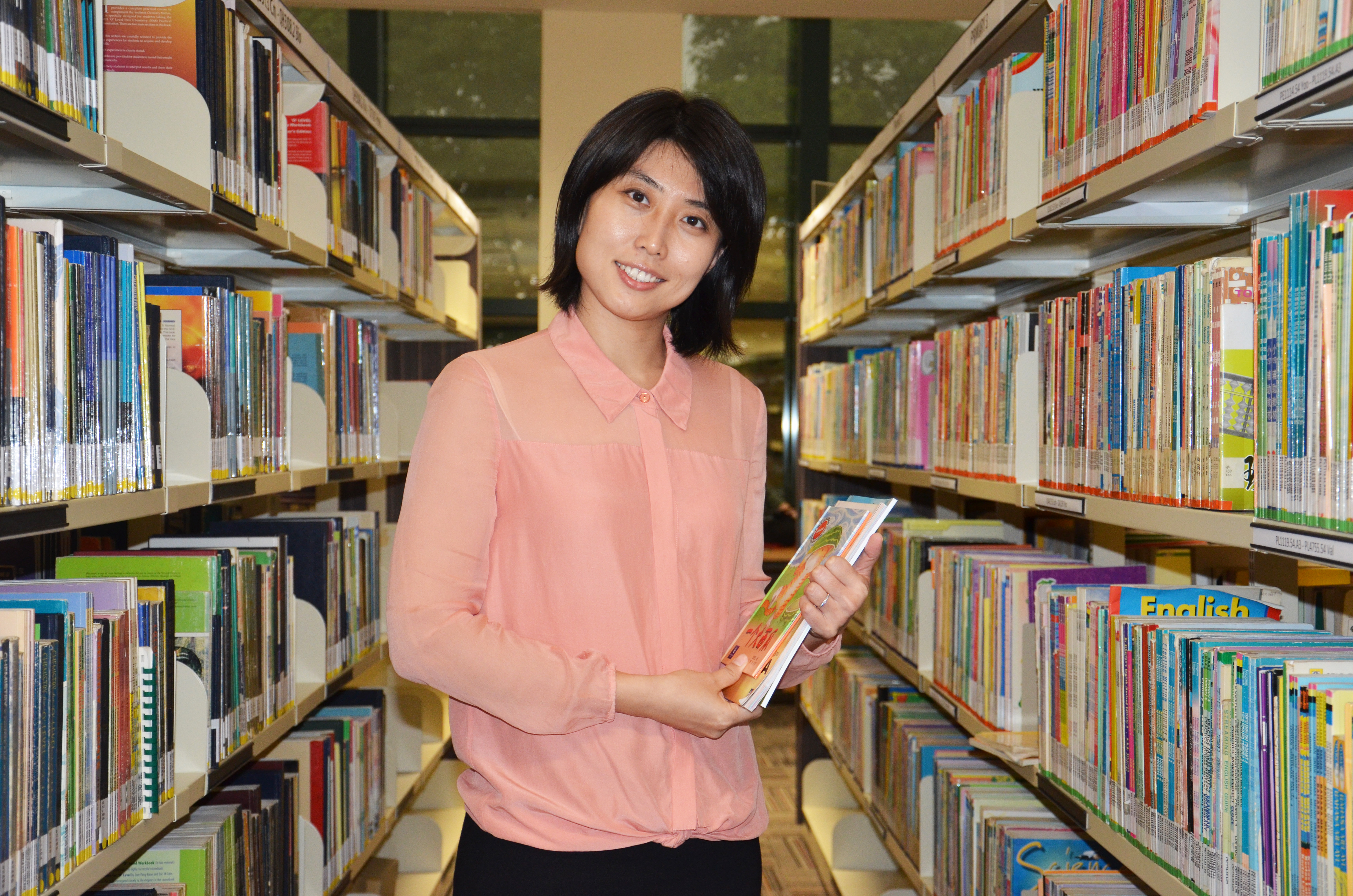 Today, English is the lingua franca of Singapore for practical reasons – it is used to access education resources and handle business transactions. Apart from English, mother tongue languages (MTLs) are also spoken by many Singaporeans when communicating with their families, especially with those from the older generations.

“Although the utility and practice of English is strong in many societies worldwide and not only in Singapore, it is important that we encourage students to work towards being fluent in both English and MTLs,” Sabrina says.

She adds, “MTLs are as important as English as they give us our identity and allow us to pass our culture and beliefs on to future generations.”

The state of being equally proficient in both English and one’s MTL is known as “balanced bilingualism”.

Besides being able to communicate with people from around the world, some studies have also shown that balanced bilingualism may relate to children’s improved socio-emotional well-being and cognitive functioning.

“Language is a reflection of your mind, your school of thought and your philosophy. If children only know one language, they may lack a deeper understanding of different cultures and their world view would thus be limited,” Sabrina says.

She adds, “But when they have access to different cultures and different languages, they would learn to understand situations from different perspectives – this strengthens their critical thinking skills and shapes their unique philosophy about life.”

Although equal proficiency in English and MTL is an ideal to strive towards, Sabrina acknowledges that in reality, children are likely to be stronger in one language than the other. Nevertheless, this gap in proficiency can be minimized if children receive sufficient language exposure and are motivated to learn both languages.

“Language is a reflection of your mind, your school of thought and your philosophy. If children only know one language, they may lack a deeper understanding of different cultures and their world view would thus be limited.”

– Sun He (Sabrina), on the importance of being an effective bilingual

Early Exposure and the Home Environment

“Language learning is a gradual process – you cannot expect to master every grammatical rule in a day and become an expert in a language overnight.”

Efforts to nurture balanced bilinguals should thus begin early, particularly during the first six years of a child’s life, and there are cognitive reasons for doing so.

“When children are very young, they are able to distinguish between many different types of sounds, which facilitates language learning,” explains Sabrina. “Moreover, as children are not yet engaged in the rigours of formal education in their early years, they would have more spare time that can be devoted to language learning.”

To maximize the early years for learning MTLs, Sabrina recommends that parents and educators provide regular opportunities for children to use the language, whether through reading, speaking or writing. Sabrina also stresses the importance of the home environment in MTL learning given the dominance of English in Singapore society, which tends to limit opportunities to use MTLs.

“If parents don’t use MTLs at home, children will not get to practise using the language and this further limits the chances they have to engage in the language,” Sabrina adds.

“Language learning is a gradual process – you cannot expect to master every grammatical rule in a day and become an expert in a language overnight.”

– The acquisition of a language doesn’t happen overnight, according to Sabrina

MTL Learning at School and Beyond

Besides early exposure, identifying areas of weakness and fostering motivation are also key in efforts to help children develop proficiency in MTLs.

To this end, Sabrina believes teachers would benefit from a system where they can monitor students’ learning progress in the MTL and consumption of MTL reading materials. In doing so, they can focus on specific areas in which students need guidance and devise appropriate solutions to address them.

One strategy that Sabrina recommends to teachers working with lower primary school students who lacked early exposure to MTLs is picture book reading. “The language used in these texts is easier to understand and they usually include appealing illustrations to help students follow the story,” she explains.

In addition, teachers may also encourage students to participate in programmes by the National Library Board, where children read and discuss MTL books together. Sabrina says, “Children tend to imitate their peers so if their teachers can encourage them to partake in such activities as a group, they may be more motivated to learn MTLs.”

While the early years are important for language learning, it is not impossible for older children to learn a second language. In fact, Sabrina has witnessed success stories of adult learners becoming proficient in a new language.

So what enables older learners to master new languages? According to Sabrina, the key lies in fostering their intrinsic motivation and tying the language to one’s interests.

“During MTL lessons, for example, teachers can consider using multimedia tools and alluding to pop culture to interest students in the language. They could also engage students in discussions about topics that interests them, such as popular singers or television series,” shares Sabrina.

In doing so, children will gradually develop interest in MTLs and become more motivated to learn and use the language. “As teachers nurture students’ motivation and interest in the language, they can also incorporate learning points about language structure or introduce new vocabulary during the lesson,” Sabrina adds.

“At the end of the day, language is mainly a tool for communication but when you find a good purpose for it, you also open your mind to different ways of thinking,” Sabrina concludes.

Sun He (Sabrina) is Research Scientist with NIE’s Centre for Research in Child Development. Her research interests lie in early bilingual education for English and mother tongue languages.