Mr Hanif Abdul Rahman, Principal Master Teacher of Physical Education (PE) at Physical Education and Sports Teacher Academy (PESTA), believes that understanding the relationship between cognition and PE will help to inform pedagogy, assessment and knowledge on learner and learning. 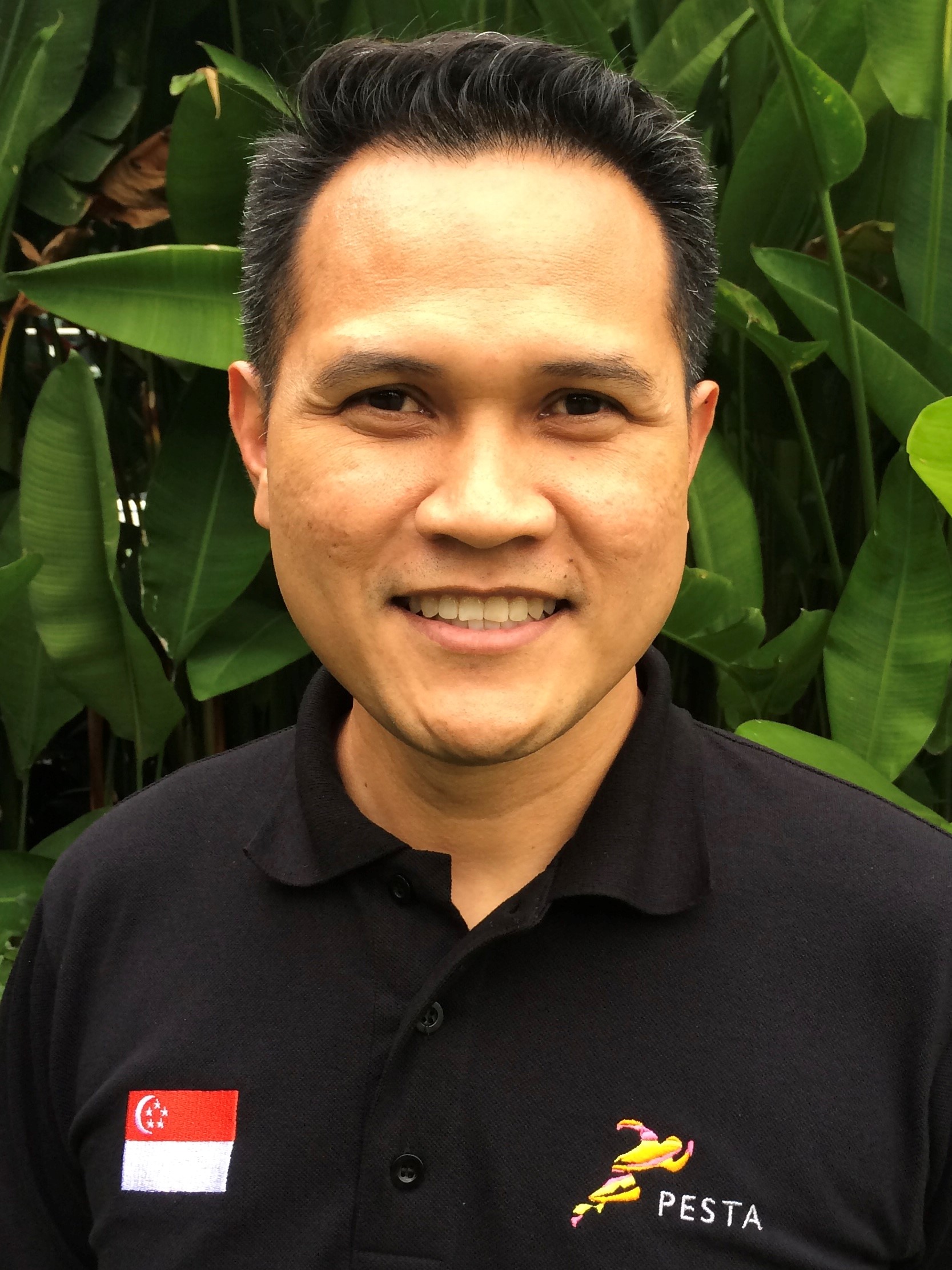 At the Teachers’ Conference 2019, Mr Hanif Abdul Rahman starts his session by prompting the participants in the room to start thinking. First, he asks them to think about a student they have just taught recently.

“So ladies and gentlemen, I have just brought you along on a thinking exercise… about thinking,” he proclaims with a flourish at the end.

The word “cognition” comes from the Latin word “cognoscere” which means “get to know”, explains Hanif.

Hanif goes on to explain that cognition helps us understand information and make sense of the world around us. He emphasizes the important role cognitive process plays in a PE lesson as it would enable students to interpret information and execute the kinds of movements that are desired.

Thus, he is an advocate of paying attention to the critical and inventive thinking aspects of PE to allow students to “create their own meaning – from sense-making to meaning-making.”

“Basically, there should be a stimulus at the start, most commonly in the form of questions,” says Hanif. “Other forms of stimuli could be an emotion, an object, an environment or a task something that gets them thinking.”

The stimulus will then cause a cerebral itch and a need to know, and this is where dissonance happens, he explains.

“Something is bothering me in my mind and I need to do something about it,” Hanif elaborates. This motivates the search for an answer that arises in the form of mediation. When a solution is found, a response is executed and at this stage, loops may start appearing as new stimuli appear.

“Generally, this is how the brain thinks and what we want to enact in our students (during PE lessons),” says Hanif.

The start of making thinking visible generally takes the form of a question, which aligns with the start of the cognitive operations loop. However, Hanif cautions that, “if you ask questions as a teacher, you must also be willing to listen to the answer.”

“There’s no point asking questions if you don’t wait for the answer, or don’t demand proper response,” he explains further. When students answer questions either verbally or through the execution of a movement, it also serves as a form of assessment to show where they are in terms of the learning process.

“We know that the brain is wired in a certain manner,” says Hanif. Specific parts of the brain are developed in certain ways to enact certain things, he explains. “The way we design our lessons can help our students develop their brains in a more balanced way.”

First, the content of the lesson – the “what” of teaching – has to be age-appropriate, with reference to prior knowledge students already possess. “I strongly believe in the spiral and distributed approach to teaching PE, because the content will be revisited again and again, layered with a more complex context,” says Hanif.

This means that the brain consolidates the reinforced and proliferated content, which will not be pruned off easily by the neuroplasticity of the brain.

Next is the intensity – the “when” of teaching – in terms of how often and how long. “Practice does not make perfect, it makes permanent,” says Hanif. “If they keep practising the wrong thing, it may be difficult for them to unlearn later.”

“Students must be reflective of their movement so that as they repeatedly do it, they refine and improve on what they do,” he adds. This drives the brain to reorganize, reconnect and prune off unused connections or experiences.

Then comes the methodology – the “how” of teaching – which he terms “ReNEW” (Reinforcement, Novelty, Enhance attention and Well-being).

Dopamine released during carefully timed and structured reinforcement, as well as during novel experiences, increases the likelihood that newly learned information will be retained, explains Hanif.

“If you always perform the same drill again and again, there is no dopamine release in the system and thus no motivation,” he says.

At the same time, educational interaction that engages with some novelty will stimulate neuromodulators in the brain and this helps to enhance attention. Lastly, a feeling of well-being associated with serotonin translates to the joy of learning.

“Ultimately, we want to identify the sweet spot from framing neuroscience and educational psychology together to inculcate the joy of learning in our students, and also to create a culture of thinking in the PE department.”

– Hanif, on the importance of affirming students when they do a good job

How Can We Make Thinking Visible?

To illustrate this concept, he cites the example of how a school taught its students the game of football after netball.

“When teaching football, we usually face the problem of players clustering around the ball,” Hanif says. In contrast to football, he explains, a netball’s gameplay requires its players to only move within certain areas of the court based on the position rules.

When the students were asked to compare the gameplay between football and netball, they were able to articulate why they had to space themselves out on the field when playing football based on what they had previously learnt in netball. Their answers showed that they had displayed critical thinking skills by connecting learning across different contexts.

“I thought that was a brilliant way of organizing your curriculum to bring about that transfer of learning,” Hanif shares.

Mr Hanif Abdul Rahman has been a Physical Education teacher for 21 years, and is currently a Principal Master Teacher of PE at PESTA. This article is based on his presentation “Cognition In, Through and About Physical Education” at the Teachers’ Conference 2019.