Warning: Invalid argument supplied for foreach() in /usr/local/apache2/htdocs/singteach/wp-content/themes/sing2013/single.php on line 26

Home › › Educating Hearts and Minds in the 21st Century

Educating Hearts and Minds in the 21st Century

For the ﬁrst time, the Redesigning Pedagogy International Conference was held in conjunction with two other conferences: Arts, Humanities and Literature Conference 2015 and the 11th International CitizED Conference. We ask the organizers to share about the focus of their respective conferences.

In recent years, large-scale international assessments of students have captured the attention of policymakers, researchers and the public. The latest results often make the headlines and generate heated debates about education all over the world.

Amid the cacophony generated by such rankings, some educators are pointing out that student outcomes in Science, Math and literacy alone do not make an education. There is much more to educating a child holistically. This sentiment was reflected in the themes of three conferences that were held jointly in NIE from 2 to 4 June 2015. 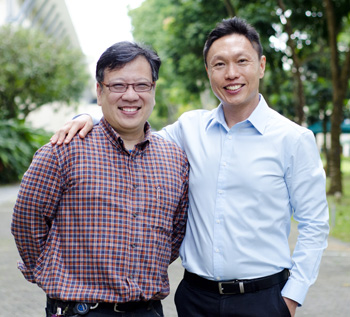 “Schooling cannot just be about academic outcomes anymore; schooling is about the development of hearts and minds,” says Dr Dennis Kwek, an NIE Research Scientist who is also part of the organizing committee of this year’s Redesigning Pedagogy International Conference (RPIC).

The theme of the sixth RPIC was Leaders, Values and Citizenship in 21st Century Education. The committee set this theme to focus on aspects of education that are, as committee member Dr Steven Tan puts it, “not so easily measured but still very important”.

A Teaching Fellow at NIE, Steven felt that the speech by Senior Minister of State for Ministry of Law and Ministry of Education Ms Indranee Rajah at the opening ceremony reinforced this point.

In her speech, Ms Rajah mentioned the cases of two Singapore youths who were self- radicalized and subsequently detained under Singapore’s Internal Security Act.

“Her speech made us sit up and say, this is no small matter. Education is certainly not just about grades – it is more about the hearts and minds of the people,” Steven says. “For 49 years (since independence) we’ve never had any students who were radicalized but now, we have two. Things are going to change.”

This year’s Redesigning Pedagogy International Conference (RPIC) attracted more than 1,200 delegates from 22 countries. For the first time, the biannual conference was held in conjunction with the inaugural Arts, Humanities and Literature Conference 2015 and the 11th International CitizED Conference.

The delegates also had the opportunity to attend the first Ruth Wong Visiting Professorship Lecture, delivered by Professor A. Lin Goodwin from Teachers College, Columbia University. The professorship was set up to honour Dr Ruth Wong Hie King, the founding Director of the then Institute of Education in Singapore.

Another first was the inclusion of two panel discussions to introduce education research done in NIE to the conference delegates. One looked at teaching and learning, and the other focused on leadership and school improvement.

“It gives the audience the context or understanding of the state-of-the-art research NIE has been doing, and what they can learn from them.” says Dr Dennis Kwek, NIE Research Scientist and organizing committee member of RPIC.

Videos of the opening ceremony and keynotes at the conference can be found here: https://www.youtube.com/watch?v=fHcU_BNFciQ&index=13&list=PLAf9SLWDu57DH5sjHCUqYLx8Tu73rciUQ

For this conference, the organizers invited keynoters who are leading researchers in their respective fields of expertise, such as educational leadership, curriculum, 21st century learning and creativity, to address the delegates.

“Teachers and researchers who read about leadership would invariably have read Prof James Spillane’s work,” says Dennis. Other keynoters are Prof Michael Young from Institute of Education, University of London, Prof Erica McWilliam from Queensland University of Technology, Prof Ian Davis from The University of York and Professor A. Lin Goodwin from Teachers College, Columbia University.

RPIC provides opportunities for teachers to mingle with researchers and scholars, and share their research findings. As much as possible, each concurrent session featured a teacher, NIE researcher and international delegate presenting on similar topics. This was done to maximize their sharing of knowledge.

“Teachers as researchers are becoming increasingly important not because they can do research in schools, but because they can better understand their own practice,” says Dennis. “To be able to share their practices with other people in a conference like this is important.”

Steven hopes the one thing that educators take away from this conference is that it is no longer “business as usual” in the classrooms.

“We shouldn’t be just teaching the way we were taught and teaching what we had been taught,” he says. Times have changed, and so will pedagogies and content knowledge, but the role of teachers will always remain pivotal in their students’ lives.

As Steven puts it, “As educators, our identity has got to be deeper than just being here to cover the syllabus and get a job done. It’s always been more than that.” 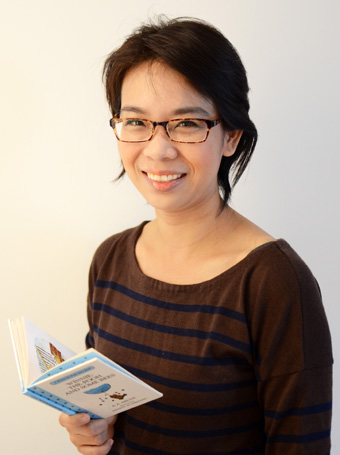 In a globalized world and a multicultural society such as Singapore’s, our students need to be flexible in thinking and adept at seeing things from different perspectives. Humanities education, along with the Arts, has a role in nurturing such competencies, but this is not always obvious to many.

For the inaugural conference that was attended by 250 delegates, Chin Ee and her colleagues chose the theme Live(d) Experiences: Imagination, Wonder and Spaces of IM/possibilities.

“We want to look at what’s happening on the ground; what is lived, as opposed to airy-fairy ideas,” says Chin Ee, who is an Assistant Professor with the English Language and Literature Academic Group at NIE. She explains that the Humanities are very much about what we see, how we experience the world, and what we can do about it.

“One thing we wanted to emphasize across AHL is that our students need to be connected to 21st century issues, such as technology, climate change and human trafficking. We don’t want our students to shy away from these issues.”

AHL also evoke our sense of imagination, wonder and possibility. “The humanities, literature, and arts help us imagine and re-imagine; to see the world differently. When you read a book, it gives you an alternative vision of how the future might be,” says Chin Ee.

“I do hope they take away from the conference something in terms of the way they think about their subject, discipline and teaching,” Chin Ee says. “At the end of the day, we want to do this to inspire the teachers, to give them a sense that there are things you can try, and yes, you can do it!”

Citizenship, Character and Values Education for the 21st Century 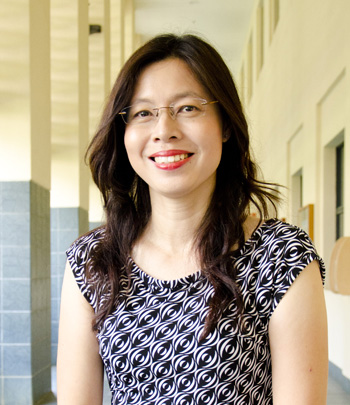 The 11th International CitizED Conference is probably its most successful ever, says conference convenor Associate Professor Jasmine Sim. Not only did it attract the biggest number of delegates, it was also the most international, with representatives from 14 countries.

Jasmine was particularly happy to see the strong turnout from Asia, as research on citizenship education tends to be dominated by the UK and US.

“For me, it’s not just about organizing a conference. It’s about connecting very seasoned, well-known scholars with new scholars from Asia so that you have new conversations, new ideas generated, and you build the community,” says Jasmine.

The theme Citizenship, Character and Values Education for the 21st Century was chosen because they are key concerns of every country.

“It’s a theme that cuts across all societies, whether you’re rich, poor, East or West,” explains Jasmine. “It’s something we’re all concerned about: What kinds of citizens do we want; what kinds of society do we want; and how do we educate for citizenship in an increasingly globalized context? What values and dispositions are critical?”

Held in Singapore for the first time, the traditionally scholarly CitizED conference also saw an unprecedented number of Singapore educators joining in the discussions. “What I hope is that our local teachers and even our international participants will understand the complex nature of citizenship, and that the concept needs to be understood in context,” says Jasmine.

There is no one universal concept of citizenship: This was an idea that came up often across the different conference sessions.

“People have diverse perspectives and different views because citizenship is not just political, it is also personal and relational,” Jasmine notes. We will need to be aware of the different perspectives so that we can help enact a Singaporean citizenship that will bring about “a more just, more caring society”.

“If we can do so across schools in Singapore,” she says, “we can help to change the culture of learning.”

Dennis Kwek is Assistant Dean of Research Communications and Research Scientist at the Office of Education Research in NIE. In the past decade, he has been conducting research in Singapore schools and was involved in two of the Redesigning Pedagogy International Conferences as a member of the organizing committee. His research interests are in classroom pedagogy, classroom talk, curriculum, educational philosophy, school innovations and system studies.

Steven Tan is a Teaching Fellow at the Office of Education Research in NIE. He has over 20 years of teaching experience in MOE and schools. Currently, he teaches pre-service teachers and provides teaching practicum supervision. He is involved in the CRPP Core Research Programme and also does research in New Literacies.

Loh Chin Ee is Assistant Professor at the English Language and Literature Academic Group in NIE. Formerly a secondary school teacher, she has taught at Raffles Girls’ Secondary School, Anglo-Chinese School (Independent) and Yishun Town Secondary School. Her research interests are in Literature education and literacy practices at the nexus of globalization.

Jasmine Sim is Associate Professor at the Curriculum, Teaching and Learning Academic Group in NIE. She is an internationally recognized scholar of civics and citizenship education. She received the World Cultural Council Special Recognition Award in 2013, an honour bestowed to a select number of talented researchers who have had international impact through their research early in their careers. Jasmine has published widely in top-tier journals and was awarded the Cambridge Journal of Education Best Article Prize in 2010 for a co-authored article.