Warning: Invalid argument supplied for foreach() in /usr/local/apache2/htdocs/singteach/wp-content/themes/sing2013/single.php on line 26

Home › › Teaching and Learning with Stories

Teaching and Learning with Stories

The number of students studying Literature has been declining since the 1990s. Literature educators in Singapore are working hard to turn things around, and to show their students that more than ever, we need literature in our modern life.

“When I look back, I am so impressed again with the life-giving power of literature. If I were a young person today, trying to gain a sense of myself in the world, I would do that again by reading, just as I did when I was young.”

How do the youth of today think of literature? Are they convinced of the “life-giving” power of literature, or are they perhaps asking, “Of what relevance is Shakespeare to my daily life?”

In 1992, 16,970 students took Full Literature an O-Level subject in school. Now, the figure is near 3,000. Many reasons have been offered to explain the decline in the numbers.

In 2013, Senior Minister of State for Education and Law Ms Indranee Rajah explained in Parliament that students now have more subjects to choose from than in the past. Also, many think that it is difficult to score well for Literature. 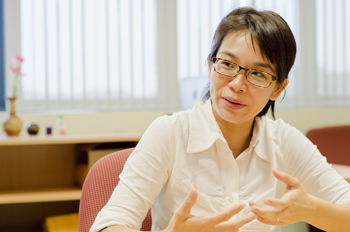 Another reason, suggests Dr Loh Chin Ee, an Assistant Professor at NIE, is that students may not see the relevance of Literature in pragmatically oriented Singapore.

“It’s better to, say, be doing Science or Math where there’re more practical returns. Literature is not seen as a necessity,” she says.

But is that really the case? Has Literature nothing left to teach our students, digital natives who are living in a globalized and hyperconnected world?

Not true, says Chin Ee and the other Literature educators we spoke to for this issue.

By exploring the depth and breadth of the human experience through works of literature, teachers can help students understand themselves and others better in a multicultural and interconnected world.

Jerome Bruner talks about two kinds of thinking. The first is of the “scientific” kind that deals with logic, facts and evidence. It is also the kind our technology-driven society places a premium on.

“The other way of thinking is through narratives, through stories. We understand the world we live in through the stories we hear every day, whether from other people, in the news or in the books we read,” says Chin Ee.

This narrative approach to thinking is natural to us as human beings, which is why we often find stories more engaging than hard facts. Through stories, Literature encourages us to better understand and examine the world we live in.

But as a subject, Literature is not just about the story. What’s even more important is how we think about these stories.

“We could go into the classroom and introduce these stories, and just say, ‘Oh aren’t these stories great?’” says Chin Ee. But to her, good Literature teaching entails more – much more. It’s getting students to expand their thinking.

Good stories “pull” the readers in so that they become emotionally involved. But students must then take a step back and critically reflect on what they had read.

Teachers need to ask them questions. What are the possible messages of this story? What are the conflicting messages? Where do you stand on this, and why? Is it because of your own history and background?

Chin Ee gives an example from the short story Mid-autumn by Singapore writer Tan Hwee Hwee, about a mother who put her daughter through medical studies. The daughter eventually became a doctor and decided to leave her mother to become a missionary in Zambia.

Most readers would empathize with the mother and her loss because the story was written from her perspective. But this is where the teacher should come in to remind students to also think from the daughter’s perspective, as somebody who wants to be independent and help others in need.

We understand the world we live in through the stories we hear every day, whether from other people, in the news, or in the books we read.

– Chin Ee on thinking through narratives and stories

The teacher can go even further to get the students to think about how their own individual experiences may predispose them to “read” the story in a particular way.

When students read such stories of conflicts and dilemmas and are asked to explain their stance, they get a chance to work out for themselves what their core values and principles are.

They will also begin to understand others who are different from themselves and learn to empathize while being critical at the same time.

One defining feature of literature is the rich and intense language that writers use to weave their tales. “One of the things that the Literature subject does is that it exposes students to very rich texts, and how they can dissect the text and look at how things are being said,” says Chin Ee.

This ability to read and understand complex text cannot be underestimated. The definition of basic literacy has changed over the years. In the earlier part of the 20th century, you would be considered literate if you could sign your name. It’s a different ball game now, says Chin Ee. “Just think about blogging – you need to be able to write, and write well.”

The English Language (EL) curriculum is beginning to adapt to the new demands by including literary texts in assessment tasks.

“It’s a nod to how important it is to be able to read rich texts and to understand them,” she says. “In that sense, literature is very relevant and it ought to take a greater place in the EL classroom.”

The challenge for Literature educators today is to constantly think of ways to connect the subject to real-life issues for their students, or risk being seen as teaching a subject of outdated tales.

One thing that they can do is to be more adventurous about the texts they choose for their class. It is sometimes tempting to stick to the “safe” choices that we’re familiar with.

“We think students should be exposed to certain texts, say, something by Shakespeare or To Kill a Mockingbird, which was first published in 1960,” says Chin Ee.

“They’re good books. But I think that at particular times of students’ lives, and given particular students’ profiles, I might prefer to choose a text that engages them and which is also sufficiently rich so that they can delve deeply into it.”

To become more adventurous in choosing texts, teachers would have to read widely, be it canonical works, young adults’ novels or popular fiction. Chin Ee says, “My big emphasis would be on reading. We don’t read enough when we’re teaching. We’re often too tired to read!”

Teachers can in turn encourage their students to read outside of the assigned works. Book clustering, or suggesting books, both fiction and non-fiction, and movies that are related to the Literature text, is one way to encourage students to get students interested in reading.

“Literature is not about reading that one text closely in the classroom. It’s about reading many texts and being able to analyse books, movies, novels, TV shows and even ads,” explains Chin Ee.

Some teachers are also using technology, social media and pedagogical approaches such as Socratic questioning to change how Literature is being taught in schools.

For example, teachers in Crescent Girls’ School encouraged their students to use interactive digital media tools such as online forums and blogs for Literature and other subjects. (Read more about strategies that Literature teachers are using in the book Teaching Literature in Singapore Secondary Schools.)

As Chin Ee puts it, “Literature is important, but the way it’s taught, that’s also very, very important.” And the work that teachers do today will ensure that Literature will continue to inspire our students of today and tomorrow to find their place in the world.

Tip for Teachers: Focus on Writing Too!

Read and analyse: That’s what students should be doing in the Literature classroom. But writing is just as important for students to do well in the subject.

“Teachers need to pay as much attention to writing as they do to reading. I think experienced Literature teachers know this. They usually have a writing programme, even if they don’t call it that,” shares Chin Ee.

“In most classrooms, when teachers talk about writing, it’s only before and after a test. Writing feeds into your reading and into your thinking as well. So I think there should be more emphasis on having an explicit writing programme, and making connections between writing, reading and thinking in the Literature classroom.”

Loh Chin Ee is the Guest Editor of this issue. She is an Assistant Professor with the English Language and Literature Academic Group in NIE. Formerly a teacher, she has taught at Raffles Girls’ Secondary School, Anglo-Chinese School (Independent) and Yishun Town Secondary School. Her research interests are in Literature curriculum and instruction, reading and teacher education.